January 1, the birthday of the great writer and creative writer Ihsan Abdel Quddus, who was born on this day in 1919. He passed away on January 12, 1990, at the age of 71. After a life full of creativity in which literature, love and art combine with journalism, politics and prison, he left a huge legacy of books and novels numbering more than 600 stories and novels, many of which were turned into films, radio and television series, and theatrical works, as well as the translation of 65 of his novels into a number of The world’s languages, including English, French, German and Chinese.

Some of Ihsan Abdel Quddous’s films were selected in the list of the 100 best films in the history of Egyptian cinema, according to the 1996 critics’ poll:

Where has my life gone? Starring Magda, Yahya Shaheen, Ahmed Ramzy, Zaki Rostom and Amina Rizk, and directed by Ahmed Diaa El Din, and it occupies the 50th place on the list.

Ihsan Abdel Quddous’s novels have been a resounding success, and have won the admiration of the public and critics. However, some films were strongly rejected by the censors, because they presented bold and unusual issues in Egyptian society. Among the most prominent films that were subjected to censorship interference and distorted some of their endings: 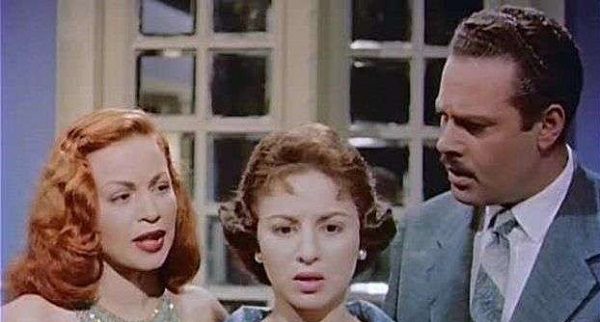 The film showed the story of “Nadia”, a wealthy girl who lives with her father after his divorce from her mother. When she reaches the age of adulthood, her father marries another woman. Nadia’s heart is filled with jealousy and she decides to take revenge on her, so she convinced her father that his wife is cheating on him with his brother. Meanwhile, Nadia is swept up in an incestuous relationship with a man her father’s age. The censors rejected the original ending of the novel, and demanded that it be amended to burn the heroine because she was a bad girl. The film stars Faten Hamama, Mahmoud El Meligy, and Imad Hamdi. It was directed by Salah Abu Seif.

The film revolves around a girl named “Fayza” who grew up with a mother and two sisters who work in forbidden jobs, and they try to drag her down the path of vice. But she refuses and decides to move to the countryside to get away from her family, but there she finds the same corruption from her fellow teachers. The censors asked to amend the film’s ending with the heroine’s marriage rather than her suicide. The film stars Faten Hamama, Ahmed Mazhar, Zouz Madi and Wedad Hamdi, and was directed by Salah Abu Seif. 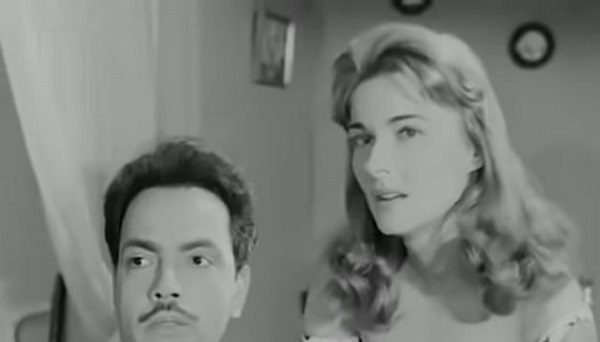 The film presents three separate stories from different worlds whose heroes encounter crises that put them to difficult tests. We meet the weak-willed wife who is attacked by her husband’s friend and fails to resist him, so she tries to warn her husband. We find another husband who falls in love with the maid and wants to get close to her, but he fears for his reputation, so he treats her harshly and accuses her of theft. There is a shy young man who falls in love with his neighbor, but she is not convinced of him because of his great shyness.The censors demanded that the end of the film be amended to the heroine’s suicide as punishment for her betrayal of her husband, contrary to the course of the true story.The film stars Maryam Fakhr El-Din, Souad Hosni, Samira Ahmed Waziri Al-Badrawi, Abdel Halim Hafez, Kamal El-Shennawy, Hussein Riad, and directed by Ezz El-Din Zulfikar, Salah Abu Seif and Fateen Abdel-Wahhab.

The film showed the story of “Fahmy Abdel-Hadi”, an outstanding rural student at the Faculty of Law. His behavior is perfect and his dreams are simple, but he collides with the bitter reality when he loses his mother in search of the price of her treatment. At the time he sees his colleagues behaving lavishly and mocking his poverty and refusing to help him, he decides to abandon idealism and turn to revenge. The censorship rejected the story of the film completely, until the director submitted an appeal to the grievance committee to wage a battle between him and the censorship that lasted for a long time, until the film was approved after making some modifications.The film stars Adel Imam, Suhair Ramzy, Nadia Arslan and Ahmed Ratib, and directed by Mohamed Yehia.

The film tells the story of “Mortada Al-Salamouni”, whose father’s palace, the minister, is seized after his death. He is forced to live in the country house owned by his family, and tries to find work for “Abdullah Bahnas”, but he is expelled. Mortada decides to take revenge on him by cooperating with three thieves in order to steal important papers from his house in order to blackmail him. Censorship rejected the movie’s name because it judges all members of society to be thieves, and the movie was suspended for two years, until it was approved after that.The film starring Mahmoud Abdel Aziz, Salah Kabil, Saeed Saleh and Laila Elwi, and directed by Ahmed Yehia.