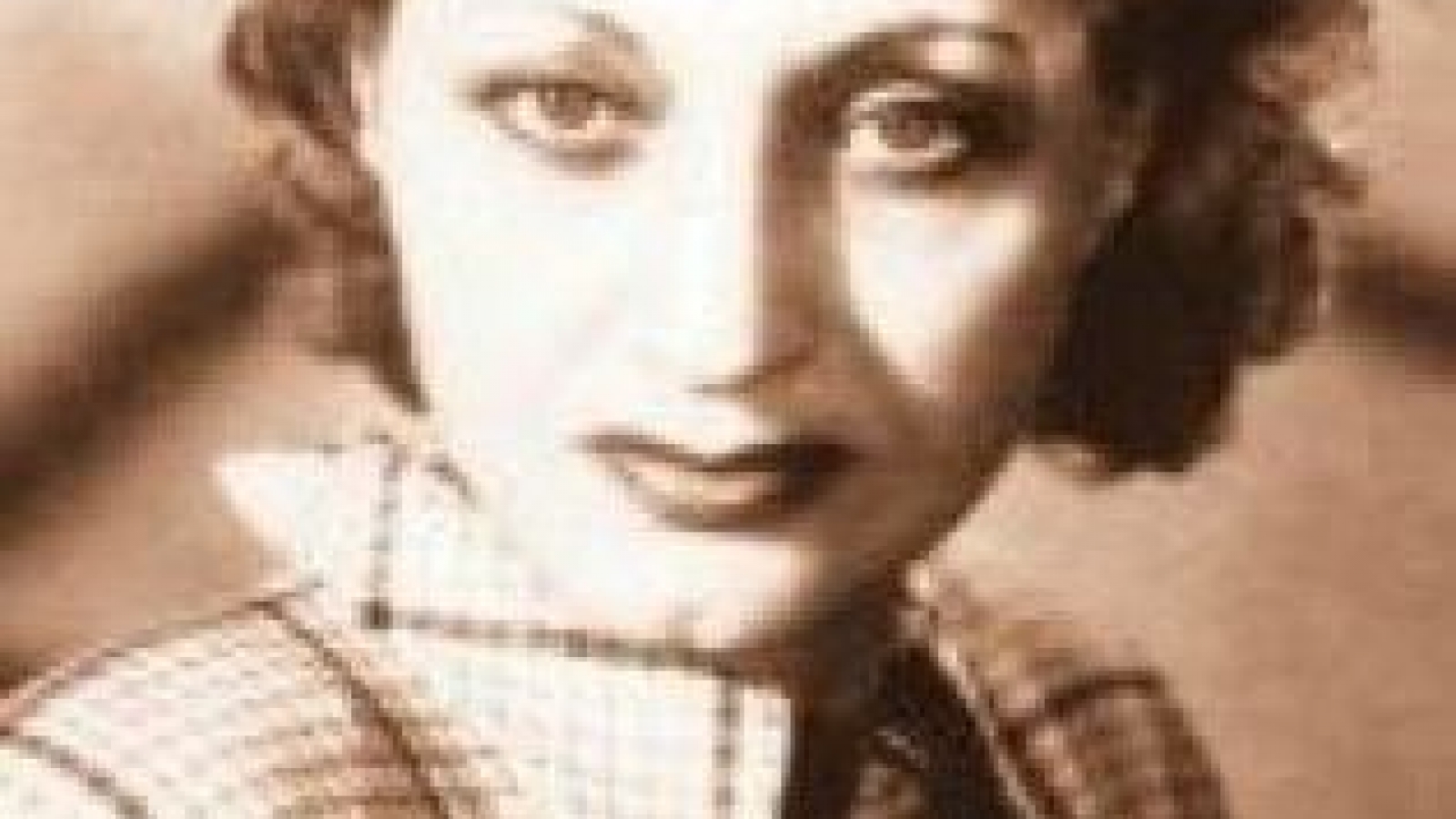 Her name was recorded in golden letters in the annals of Egyptian cinema. She became one of the pioneers who contributed to the renaissance of cinema in Egypt. She is the actress and producer Asya Dagher, who has been nicknamed the Dean of Producers. She was credited with discovering many artistic talents, whether in the field of acting or directing. 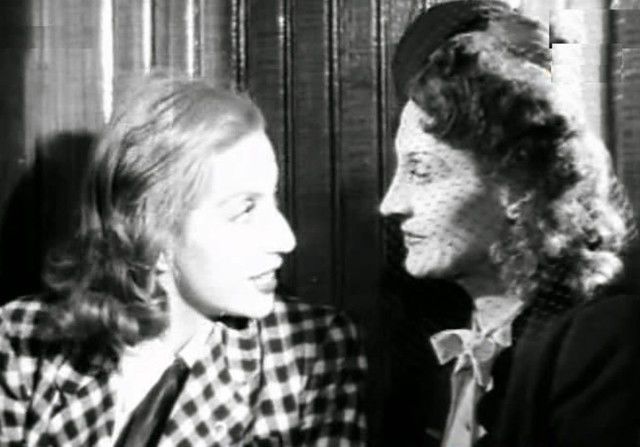 Her real name is Almaza Dagher. She was born on April 18, 1901, in the village of Tannourine, Lebanon. She began her artistic career in Lebanon when she starred in a short film entitled “Under the Shades of the Cedars” in 1922. After the death of her husband in 1923, and due to the difficult political conditions that Lebanon experienced due to the French occupation,
She left Lebanon and came to Egypt with her daughter “Eileen”, her sister “Mary” and her niece, “Mary Queenie”, and they all resided in Alexandria. Because of her little experience, she was unable to find a suitable job, so she decided to try acting in Cairo. At that time, it was inappropriate for the artist to have children, so she claimed that she adopted a girl, and changed her daughter’s name, “Eileen” to “Mona”, and no one knew the truth until she obtained Egyptian citizenship in 1933. 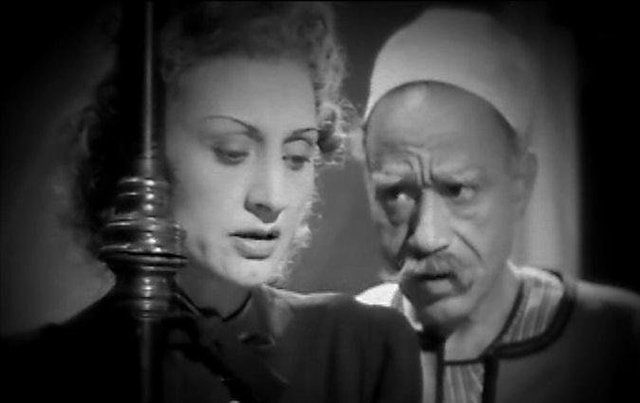 Asia Dagher began her artistic career in Egypt by presenting a secondary role in the first silent Egyptian film, “Nida’ Al-Rabb” or “The Call of God” in 1926, then the second modified version of the film in 1927, which bore the name “Laila”, which is the first film Featured novel in Egyptian cinema. Thus, she became the first Lebanese girl to appear in an Egyptian movie. Her first starring was in the movie “Ghada al-Sahara” in 1929. Which she produced for herself. 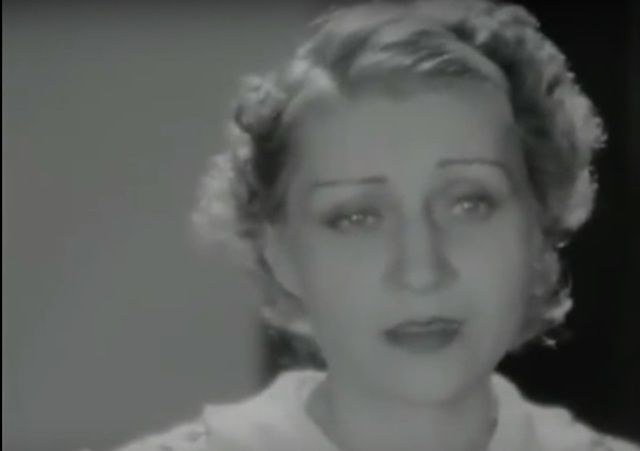 In 1927, Assia and her niece, the artist Mary Queenie, founded the Lotus Film Company for the production and distribution of films, which became the oldest film production company in Egypt. Therefore, she deserved the title of “Dean of Producers”. The movie “Ghada al-Sahara” was the company’s first film in 1929, and the seventh in the history of Egyptian cinema. Where she used the Turkish artist, Wedad Orfi, to direct it. Then she hired director Ibrahim Lama to present the movie “Punk of Conscience” in 1931, a film that, after its success, contributed to her obtaining Egyptian citizenship in appreciation of her efforts.
Since 1933, she has collaborated with writer and director Ahmed Galal, and has made nearly 10 films with him. Until he abandoned her in 1942 after marrying her sister’s daughter, Mary Queenie, and established “Studio Galal” for production with her, and devoted himself to directing films for his own company. So, Asia Dagher started looking for another director until she settled on the young director Henri Barakat to direct the movie “Al-Shared” in 1942.

Her achievements in Egyptian cinema 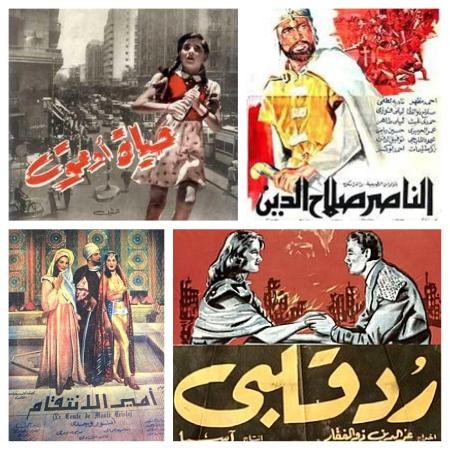 Asia Dagher had a clear and distinctive imprint in Egyptian cinema, as she was the pioneer in presenting the first science fiction movie entitled “Witch’s Eyes”, a film that was initially rejected by censorship because its events revolve around controversial ideas such as resurrecting the dead, hypnosis and magic. It also caused the anger of the clergy, until Abdel Fattah Pasha Yahya, then Prime Minister, intervened to solve the crisis and allowed the film to be shown, as he saw that the filmmakers made it clear at the end of the film that the heroine was dreaming.
In 1954, she produced the movie “Life or Death”, which was transmitted in the world of cinematography, as 80% of its scenes were filmed on the streets of Cairo, while previous cinematic works were shot in studios, thus achieving a new achievement. She also had the lead in presenting the first Egyptian film in color in 1958, which is “Give My Heart Back”.
She was also very interested in presenting epic historical films, as she was the first to present them in Egyptian cinema, and a large production budget was allocated to them to appear appropriately. One of the most important historical films produced by the film was “Shagaret al-Dur” in 1935, which was the first Egyptian historical film. Then the movie “Prince of Revenge” in 1950, and the movie “Al-Nasser Salah al-Din” in 1963, which was later selected in the list of the 100 best films in the history of Egyptian cinema, where it ranked 11th. 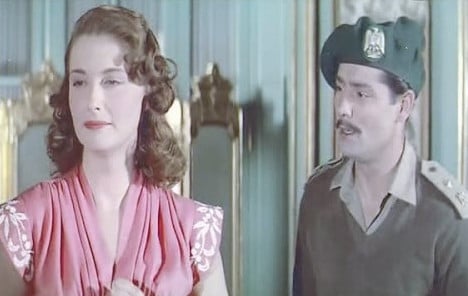 Asia Dagher contributed to the emergence of a group of the most important directors and artists in the history of Egyptian cinema. She presented the director, Henry Barakat, in the movie “Al-Sharida” in 1942, and after that she presented the new directors who later became among the greatest directors such as Youssef Chahine, Hassan Al-Imam. Ibrahim Emara, Ahmed Kamel Morsi, Youssef Maalouf, Ezz El-Din Zulficar, Hassan El-Saifi, Helmy Rafla, Kamal El-Sheikh.
As for the artists, Faten Hamama, at the beginning of her artistic life, appeared in the movie “Al Hanim” in 1947. She also presented Sabah in the movie “The Heart Has One” in 1945. She also presented Salah Nazmi in the movie “This is what my father did” in 1945. 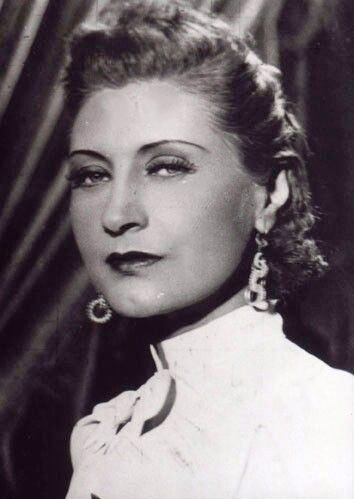 During her career, Asiya Dagher has acted in nearly 20 movies. In the late 1940s, specifically in 1947, Asia Dagher suddenly decided to quit acting altogether. The movie “Al Hanim” was the last movie in which she co-starred with Faten Hamama and Zaki Rostom. After that, she decided to devote herself to production, and produced a number of the most important works of art, including: “Prince of Vengeance, A Watch for Your Heart, Charming Mother-in-law, Life or Death, Returning My Heart, Al-Nasir Salah Al-Din, Diary of a Deputy in the Countryside”. Bringing the ‘total’ of the films she produced to about 50 films.
Although she did not give clear reasons for her retirement from acting, it was said that she moved away from him because she could not read, and she could not abandon her Lebanese dialect, which was not accepted by the Egyptians, in addition to the lack of public acceptance of her ostentatious performance in films. 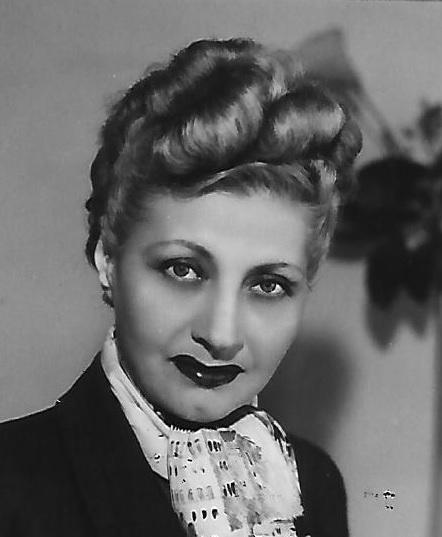 Asia Dagher wanted to present a huge artwork that would immortalize her name in the memory of cinema, so she chose the movie “Al-Nasser Salah Al-Din” and agreed with Ezzedine Zulficar to direct the film. But he fell seriously ill, which caused a 5-year delay in the preparation of the film. Until Ezzedine Zulficar nominated the young director Youssef Chahine, who was 26 years old at the time, to complete the film. Because of her great faith in the film and her betting on its success, Asia Dagher mortgaged her house and car and sold her entire home, in order to pay the film’s budget, which exceeded 200,000 pounds, thus becoming the largest production budget for an Egyptian movie in that period. However, the film failed due to poor marketing and distribution to cinemas, which caused a heavy loss to Asia Dagher, and all of her property was seized, which prompted her to declare her bankruptcy. Even the Ministry of Culture honored her and gave her 3,000 pounds as assistance in paying her debts, and compensating part of her loss. Because of her bankruptcy, there was a significant decline in her production of films, and Asia Dagher presented only 4 films after “Al-Nasser Salah El-Din”, none of which achieved enough commercial success to compensate for her heavy loss. She stopped film production in 1972, to conclude her production history with the movie “The Devil and the Autumn.” 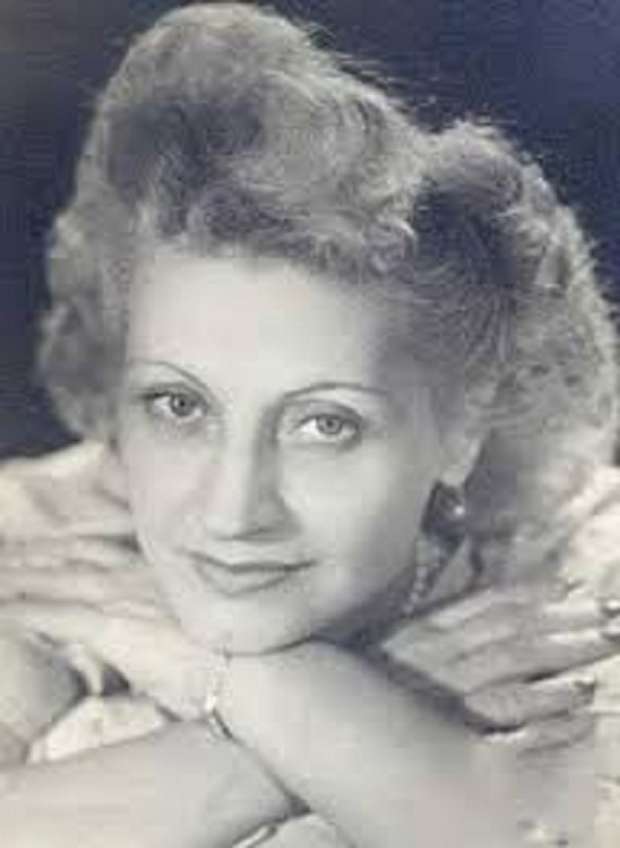 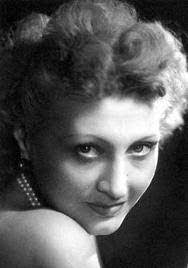 Asia Dagher has received many important awards throughout her career, in recognition of her artwork and her great contributions to the field of cinema. Among the most important awards that she won, we mention the following:
The Lebanese Merit Award.
• Prize from the League of Arab States for producing the historical film “Al-Nasser Salah El-Din”.
• First prize in film production in 1950.
• The Syrian Order of Merit.
• First prize in the State Film Competition for producing the films “Life or Death” and “Return My Heart”.
• Pioneers Award from the Film Writers and Critics Association.
• State Prize for Pioneers in the Golden Jubilee Festival of Egyptian Cinema. 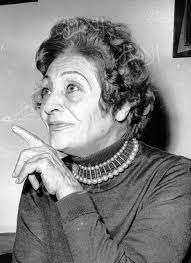